Symptoms of panic disorder can feel completely debilitating, especially for those who have lived with the disorder for a prolonged period. There are tons of incredible treatment options for anyone dealing with this disorder who wants to work towards resolving these uncomfortable and at times unbearable symptoms.

How Common Is Panic Disorder?

Based on studies that were updated in 2017, about 2.7 percent of adults in the United States were diagnosed with panic disorder within the past year. Additional panic disorder facts include:

For many people who experience panic disorder, the symptoms will negatively impact most or all aspects of their life. This may lead to other disorders, as well as extreme avoidance of certain situations or circumstances.

How Panic Disorder Is Diagnosed

Panic disorder can only be diagnosed by a trained professional. This means that a doctor, psychiatrist, psychologist, therapist, pharmacist, and social worker can diagnose you if you meet all the criteria for panic disorder. Whoever is treating you may ask you about:

They may also take a family history to find out what, if any, anxiety disorders run in your family. Physiological symptoms, medical conditions, and medication, as well as drug and alcohol use can lead to similar symptoms and will need to be ruled out prior to a professional making this diagnosis. If you don't meet the criteria, your treating professional may ask you more questions to rule out other diagnoses and/or make an appropriate referral.

Panic disorder, like many other mental health disorders, typically emerges around adolescence and intensifies as an individual nears adulthood. Those who have a family history of anxiety, have experienced past trauma or an intense life stressor, and/or have comorbid disorders may experience panic disorder. Although there is not one cause that has been identified, most likely there are a combination of factors that lead to this disorder. 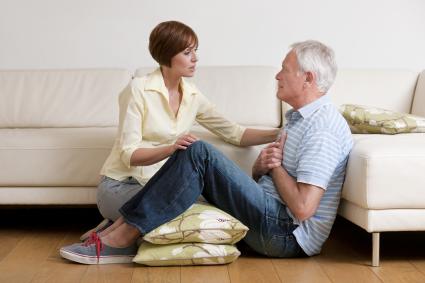 Panic disorder can be treated by a trained professional using a variety of modalities. There are many types of therapy options available that work well when it comes to treating panic disorder. The most important factor when it comes to treatment, whether you opt for therapy, medication, or a combination, is working with professionals who you fully trust. You'll want to be able to be completely honest with whoever you are working with, so if you feel as if you and your doctor or therapist aren't clicking, try someone else until you feel comfortable. Note that it's normal for it to take some time opening up to someone new. Just be sure that you feel safe enough with whoever is treating you to begin working towards opening up at your own pace.